A significant research programme has been underway in New Zealand since the early 2000s, exploring new technologies for reducing on-farm emissions. The science is complex, but some promising options are on the horizon.

Sheep vary naturally in the amount of methane they produce per kg of dry matter consumed. Scientists have confirmed that this trait is heritable, so is passed onto the next generation. 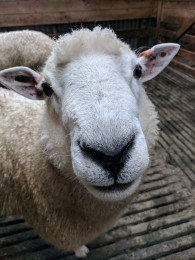 A low-methane sheep breeding programme has been underway in New Zealand since 2007. This research found that emissions differ by approximately 20% between the lowest and highest emitting animals, with the selected low-emitting flock approximately 10% better than an 'average' flock. This has been confirmed through three generations with no adverse effects on major production traits and some indications of positive correlations.

The research breeding values for low methane emissions are now available to selected ram breeders through Beef + Lamb Genetics. This is a major step forward, with researchers predicting that a 1% decrease in methane emissions per year is achievable.

Breeders can now measure methane in their own sheep and rank them to keep the low emitters for breeding. This initiative is a world first and the result of many years of government and industry investment into research tools developed to measure sheep on the farm in their own environment. Many leading breeders have already booked in to get this information for their sheep.

Genomic breeding values are being estimated by Beef & Lamb New Zealand for the low-emission trait and it's likely they'll be incorporated into selection indices during the early 2020s.

International studies indicate that cattle show a similar natural variation in their methane emissions per unit of dry matter intake, and this was confirmed in New Zealand in 2020. A low-methane dairy cattle breeding programme is now underway. It is hoped that selection for low-emission cattle could be possible in New Zealand by about 2025.

Research to date indicates that selecting for low-emitting traits has no negative effects on an animal's health, growth and fertility, or its ability to produce meat, wool or milk. It has also been shown that the microbes in the gut responsible for methane production are partly controlled by the sheep's genetics and we can predict methane by sampling the gut microbiome. This means sheep can potentially be bred with a more environmentally friendly microbiome. Methane has been the target to date, but it may also be possible to breed animals that excrete less nitrogen.

A methane inhibitor is a chemical compound fed to an animal to reduce the activity of microorganisms in the rumen, called methanogens, that produce methane. For more on the science of methane see the Reduce methane goal page.

Experiments have already shown that it's physiologically possible to raise lambs completely free of methanogens, and that long-term inhibition of methane production by 30 to 50 percent still allows the rumen to continue functioning. 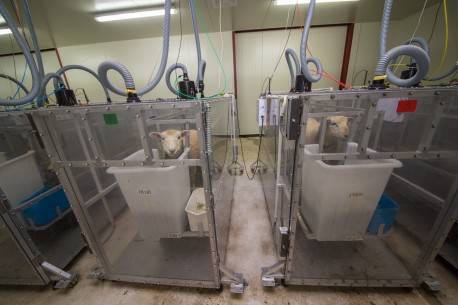 Sheep spend less than an hour in the respiration chambers having their methane levels measured. Credit: AgResearch Limited.

However, compounds that show promise as methane inhibitors must be rigorously tested to ensure that they are safe from both an animal and human perspective.

Usually an inhibitor must be fed daily, which makes it unsuitable for many of New Zealand's grazing-based systems. Development of slow-release formulations could change this.

Recently, a compound developed by the Dutch company DSM (known as ‘3-NOP’) has been extensively trialled around the world with promising results—achieving methane reductions of 22-35%. However, the current formulation must be fed in every mouthful of feed to obtain full efficacy so isn't ideal for New Zealand's grazing systems. New slow release formulations are being developed and tested and DSM is looking to register its products for use in New Zealand. It is highly likely that this methane inhibitor will be on the market by about 2023.

A successful methane vaccine would trigger an animal's immune system to generate antibodies in saliva that suppress the growth of methanogens in the rumen in a similar way to an inhibitor.

In principle, a methane vaccine could be expected to work in all ruminant species and across all farming systems. Such a vaccine would be ideal for New Zealand's grazing-based systems. However, the successful development of a vaccine is extremely challenging, and work is still in the development phase. So far, New Zealand scientists have been able to successfully raise antibodies in blood and saliva against methanogens in sheep and these have reduced methane emissions in laboratory studies. However, successful suppression of methane in animals has not been achieved and scientists have low confidence that a vaccine will be commercially available before 2030.

Nitrification inhibitors are chemical compounds that slow down the microbial conversion of nitrogen contained in fertilisers (urea) or animal excreta into nitrate and nitrous oxide. These compounds can be added to fertiliser or deposited directly onto grazed pasture. 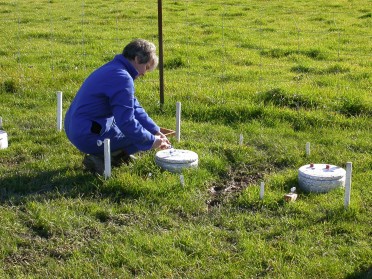 Asparagopsis armata is a native red seaweed that grows in New Zealand waters. It contains the chemical compound bromoform, which belongs to a group of chemicals known as halogens, which are well documented methane inhibitors. An initial animal trial with Asparagopsis armata suggests that when included at 1% of the diet reductions in methane emissions per unit of dry matter intake of around 40% are possible. However, dry matter intake was also reduced by close to 40%.

Very large quantities of seaweed (hundreds of thousands of tonnes) would be needed for meaningful mitigation at the national scale. There are also concerns around animal health and palatability that need to be addressed, along with any impact on milk composition and the greenhouse gas emissions associated with harvesting, drying and processing the seaweed and transporting it to farms. Bromoform is a suspected animal and human carcinogen and is an ozone depleting substance. Research is underway to explore these issues and establish whether seaweed has potential as a mitigation option for New Zealand farmers in the future. 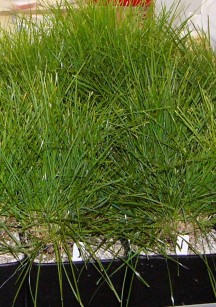 AgResearch scientists have been working for a number of years to develop genetically modified ryegrass cultivars with improved animal performance characteristics via manipulation of the lipid content. High lipid diets have also been shown to reduce methane emissions in some circumstances. Modelling studies suggest that high lipid ryegrasses would result in reduced methane emissions. High lipid cultivars may also have reduced nitrogen concentrations and hence could also have a positive impact on nitrous oxide emissions. Work is still in its early stages, but scientists have been able to substantially increase the lipid content in experimental material. Laboratory testing for the impact on methane emissions is underway.