A number of practices and technologies that are often promoted as being able to reduce emissions haven't been included in our list of things that farmers can do now to reduce emissions. That's because there isn't enough robust scientific information available yet to have confidence in their efficacy. In addition, they are not yet recognised in New Zealand's national greenhouse gas inventory. This page briefly describes the practices, a number of which are the subject of further research. 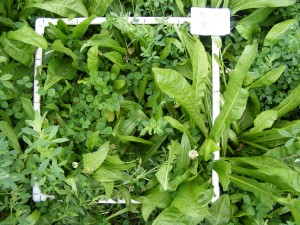 Swards with mixed species may provide increased resilience for continued growth and recovery during periods of extreme weather, such as prolonged drought. Nitrogen-fixing species also reduce the need for inorganic nitrogen fertiliser. There’s some evidence globally that establishing swards with more diverse species, including plants with deeper roots such as lucerne, increases carbon inputs and storage in soil at lower depths. However, evidence from New Zealand studies is inconclusive.

Despite the importance of grazing in New Zealand, there are few studies of the impacts of grazing timing, intensity and duration on soil carbon stocks. Modifying grazing regimes could lead to opportunities to reduce soil carbon losses and build up stocks but evidence for this is currently lacking.

It might be possible to increase soil carbon levels by using carbon-rich additives, known as amendments, in your soil. Manure is the most common example of an amendment.

The addition of biochar, a form of charcoal which stabilises carbon stored in trees, is being promoted in some countries as it hypothesised that it can increase soil carbon stocks, increase water holding capacity, increase nutrient supply and reduce nitrous oxide emissions. Limited studies have been conducted in New Zealand to date. Practicality and cost effectiveness are key issues with respect to adding biochar to pastures.

Importing carbon as supplemental feed also brings additional carbon onto livestock farms. However, most of the feed is converted to carbon dioxide when consumed by animals with only a proportion being returned to the land in manure. In addition, soil carbon losses may occur from land where supplemental feeds are grown.

Keeping soils covered with actively growing vegetation ensures plant roots are continually adding carbon into the soil. When soils are bare, microbes continue to degrade soil organic matter, so there’s a risk that soil carbon levels will decrease during these periods. This is particularly important when re-sowing pasture and growing supplemental feed crops. Ensuring the period with bare soils is kept to a minimum will help reduce losses. This may involve growing a cover crop in some situations. 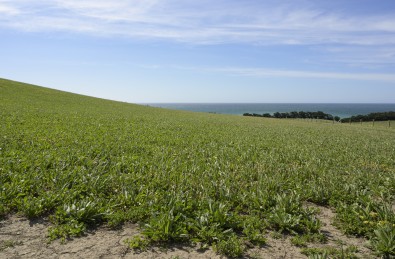 However, losses via this route may be relatively short-lived. Once land is revegetated soil carbon will start to build up again and after a few years may well return to pre-disturbance levels.

It’s important to avoid continuous growing of supplemental feed crops like maize or fodder beet within a grazing pasture-based farm on the same paddock. By returning cropped paddocks to pasture, you can allow lost carbon to recover in the soil. The time taken to rebuild soil carbon after losses following a couple of years of cropping is being actively explored, but it is likely to be more than seven years. 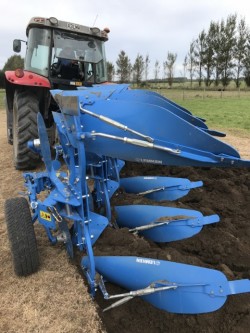 The quantity of soil carbon stored in agricultural soils tends to decrease with depth. Burying carbon-rich topsoils and exposing sub soils that have the capacity to store more carbon could lift soil carbon stocks. Modelling studies in New Zealand suggest that full inversion tillage can bring low carbon soil to the surface, where it will rapidly gain carbon following pasture renewal, and place high carbon soil deeper in the soil profile without this carbon being rapidly lost. Field studies are now underway to test whether this is a practical method for increasing soil carbon stocks in pastoral soils suitable for ploughing. Early results are promising, with benefits for soil carbon, plant productivity and nitrous oxide emissions in some situations but information on the long-term implications across a range of situations are needed before the practice can be recommended.

There’s evidence that carbon stocks in New Zealand’s carbon-rich soils are lower under irrigation than under adjacent non-irrigated sites. This contrasts with irrigated land in parts of the world that are normally arid. 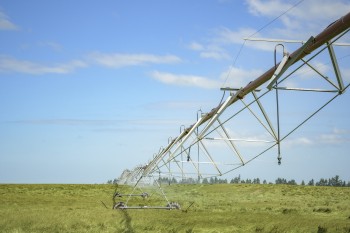 Avoiding over-irrigation, and avoiding grazing when soils are saturated by irrigation or rainfall, could also help reduce nitrous oxide emissions. However, although we know in general that emissions of nitrous oxide are higher under wet, disturbed soils the effect is difficult to quantify or predict.

Removing stock from pasture during winter or at other times when soils are very wet can help to reduce nitrous oxide emissions. Research has shown that the microbes in the soil that convert nitrogen into nitrous oxide are at their most active when soils are very wet. By removing stock from wet pasture using winter housing or stand-off pads, the amount of nitrogen deposited onto the soil in dung and urine at these critical periods can be reduced. 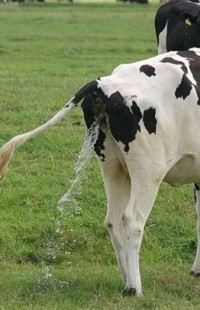 This reduces both leaching and nitrous oxide emissions although by how much is situation and weather specific. A potential downside is that the dung and urine produced while livestock are removed from pasture may need to be stored and this produces more methane emissions than if it was deposited onto soils during grazing.

Research is underway to quantify reductions of nitrous oxide emissions achievable through this action, under different farming regimes and in different parts of the country. Research is also underway into the effects on methane emissions of collecting and managing effluent from winter housing and stand-off pads. Scientists want to establish whether using housing/stand-off pads will simply swap emissions of one greenhouse gas for another. 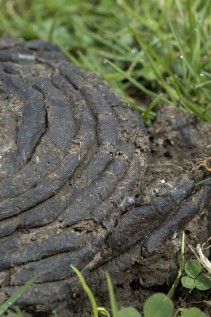 Options to reduce manure emissions exist through the capture of methane produced in anaerobic ponds via bio-digestors, capture and destruction of methane via flaring, aeration of the pond which reduces methane production by creating more aerobic conditions. Where methane is captured as biogas, this can provide additional benefit by displacing fossil fuel emissions. Approximately 4% of the total emissions from the agriculture sector in New Zealand are estimated to come from manure management. Considerable effort is being put into better quantifying these emissions as it is recognised that at present data are lacking on the range of systems in use and on emissions from specific systems under different conditions.

Manure management options are well established in principle but the cost-effectiveness of many of the technologies is challenging under the New Zealand farm system.