There are many benefits from planting trees or restoring woody vegetation on a farm, including to help combat climate change by absorbing carbon dioxide. The Emissions Trading Scheme provides a way for forest owners to be rewarded for this sequestration, but it's a complex process.

If you are considering forestry on your farm for carbon sequestration, make sure you get advice from a qualified forestry expert, an ETS adviser and/or Te Uru Rākau/Forestry New Zealand.

Forestry and the Emissions Trading Scheme

The New Zealand Emissions Trading Scheme (ETS) provides a way for owners of newer forests to be rewarded for the carbon dioxide absorbed by their forests as they grow.

Definition of a forest in the ETS

The ETS has a specific definition for what a forest is, known as the 'forest land definition'. This is to differentiate between land managed as a forest and other trees in the landscape. A forest in the ETS: 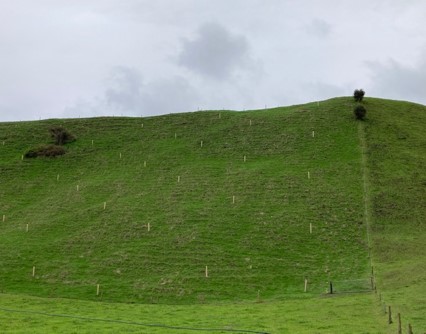 Forest land is classified differently in the ETS depending on when it was first established.

The Kyoto Protocol set 1 January 1990 as the international baseline date for net emissions. Forests established before this date (and that were in exotic forest on 31 December 2007) are called 'pre-1990 forests' and are considered part of New Zealand's baseline emissions and removals. They can't be counted as additional carbon storage in the ETS.

Pre-1990 forests can be harvested and replanted without penalty. If the forest is converted to another land use or the forest is not re-established, carbon credits will need to be paid for those emissions. 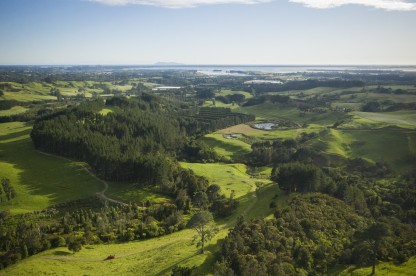 Forests established after 31 December 1989, or 'post-1989 forests', are considered new carbon sinks and can be registered with the ETS to earn carbon credits. Any credits claimed must be paid back if the forest is converted to another land use or removed from the ETS.

If the forest was established after 1989 and hasn't been registered with the ETS, then no carbon liability is payable if the forest is converted.

If you're embarking on a forestry project, have a look at www.canopy.govt.nz, a Te Uru Rākau website covering all stages of forestry from planting to harvest, including information on ETS considerations.

Rates of sequestration between species

Different species sequester carbon at different rates, as shown in the figure below. The Ministry for Primary Industries issues standardised 'look-up' tables to assess carbon sequestration. ETS participants that have less than 100-hectares of registered ETS forest must use these tables to work out the carbon stored in their forest. ETS participants with 100-hectares or more must physically measure the carbon stock in their forest.

To earn carbon credits, ETS participants must 'account' for the increases and decreases in carbon in their forests.

Currently, participants account for the short-term changes in the carbon stored in their forest (called 'stock change' accounting). This follows the pattern in the graph below.

As the forest grows and stores carbon, the ETS participant can earn carbon credits from the Government that they can keep or sell on the carbon market.

When the trees are harvested, approximately 60-70% of the carbon leaves the land. The remaining carbon, tied up in the stumps, roots and slash, slowly decays away over a period of 10-years. Carbon credits need to be paid back to the Government to cover these emissions.

If the forest wasn't replanted, the carbon stock would eventually return to zero, and all the carbon credits earned would need to be repaid.

If the forest is replanted, the new growth from the second rotation will overtake the decay from the previous rotation and the forest will begin earning credits again. This is usually about 8-10 years after harvest.

Because the carbon stock in the forest doesn't return to zero, there is a portion of credits (sometimes called "low risk" credits) that don't need to be paid back to the Government after harvest. This is shown in the figure below. The number of low risk credits the forest earns depends on how old it was when it was registered, and how quickly the forest was replanted after harvest.

'Averaging accounting' - a new way to earn credits from 2023

The way ETS participants account for their carbon and earn credits from their forests will change in 2023.

Instead of accounting for the actual increases and decreases in carbon, participants will account for the long-term average amount of carbon stored in the forest. This is illustrated by the shaded areas in the figure below.

Participants will earn credits on their first rotation until their forest reaches its average long-term carbon stock over several rotations of growth and harvest. The average carbon stock of a forest will depend on the species and when that type of forest is typically harvested. For example, radiata pine forests will typically reach the average amount of carbon they will store over the long term at around 16 years.

Once the forest reaches its average carbon stock, it will stop earning credits. When it is harvested, these credits won't usually need to be repaid to the Government. This means participants will earn more 'low risk' credits and will only earn additional credits or need to pay them back if the forest is harvested significantly earlier or later than usual, or is deferred/de-registered.

The finer details of averaging accounting are still being decided. This includes the calculation for the average age, how flexible averaging will be to different harvest times and how second rotation forests will be treated. Decisions on these are expected in 2021.

For more details on averaging, talk to a forestry/ETS consultant or Te Uru Rākau/Forestry New Zealand.

From 1 January 2023, there will be a new permanent forestry activity available for post-1989 forest land in the ETS.

Forests in the permanent category will use the stock change approach (see above) and will carbon credits for as long as the forest is in the ground and the carbon stock is increasing.

The minimum term for the permanent category is 50-years, during which the forest can't be clear-felled (although limited harvesting is allowed as long as the forest doesn't drop below 30% canopy cover).

Once the 50-year period is ended, the forest can either remain as permanent forest or move to the averaging approach or can leave the ETS. Credits would need to be surrendered for the last two options.

Owners will be able to have a mix of 'permanent' and 'standard' post-1989 forest land.

Establishing a new forest and registering it with the ETS is a useful way to earn additional income from carbon credits and the sale of timber or other forest products. The new forests can help offset some on-farm emissions and the income can be used to cover the cost of reducing net farm emissions.

However, solely using forestry to offset farm emissions may be difficult to achieve for the average farm. Rotational forests will offset emissions for a period of time, but then additional areas will need to be planted to continue offsetting and earning credits. Assuming no other mitigations are used (e.g. emissions are not reduced), an ever-increasing area is required for replanting, as shown in the table below.

Replanting required under averaging approach, if used as the sole emissions offset:

The next table illustrates the area of forestry required to offset the average farm's greenhouse gas emissions, depending on the percentage offset required and based on how the ETS averaging approach might work.

Area of forestry required to offset, using the averaging scheme:

*Table is based on the national average Pinus radiata data. Regions and other species will vary. The average taken gives a 16-18 year offset.

The main points to remember are:

There are pros and cons when considering indigenous species for forestry offsetting. Indigenous species sequester around 30% of carbon per year compared with pines. However, they sequester it for 200-300 years. Indigenous species can be very expensive to establish, e.g. $10,000-40,000/ha in comparison to pines at around $1,500/ha. But they also bring significant biodiversity benefits.

For more information on forestry and the ETS, see MPI's comprehensive forestry webpages. The topics addressed in this part of the Ag Matters website were also covered in a very helpful 1-hour NZIPIM webinar with Simon Petrie from Te Uru Rākau on 3 August 2021. You can read the written answers to questions asked during the NZIPIM webinar in this PDF [PDF, 225 KB] .