Knowing what your greenhouse gas emissions are and where they come from is the first step towards reducing emissions. This page provides basic information to help you get started.

Why do I need to know my farm’s greenhouse gas emissions?

Right now, it isn't compulsory to know your farm's greenhouse gas number. However, the Government's legislated national targets for reducing agricultural greenhouse gas emissions, and its joint agreement with industry and Māori (known as He Waka Eke Noa) to implement farm-level greenhouse gas measurement and pricing by 2025, mean that you'll need to know it in the next few years and have identified ways to manage it. 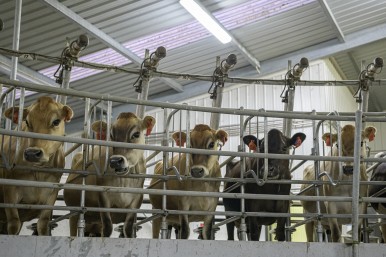 In short, by December 2021 a quarter of all New Zealand farms must know their annual greenhouse gas number, rising to 100% of farms by December 2022. By January 2025, all farms must also have an integrated Farm Environment Plan (see below) that incorporates emissions reductions, emissions offsets and climate adaptation, and be using an agreed accounting system for reporting their emissions.

The sooner you estimate your farm's greenhouse gas emissions and identify their sources and possible mitigation options, the better placed you'll be to take action.

How can I find out my farm’s greenhouse gas emissions?

Several tools exist for estimating greenhouse gas emissions on New Zealand farms. These vary in complexity and cost—from simple, quick and freely-available calculators, to more sophisticated quantitative tools accessed via a paid subscription (that might also require payment to a farm advisor for assistance with interpreting the results). Improvements to the accuracy, usability and sensitivity of existing tools are ongoing. Please note that none of the currently available tools estimate on-farm soil carbon sequestration.

The tool chosen depends on the degree of detail required. A simple greenhouse gas number can be estimated by multiplying tonnes of product and/or number of animals (or amount of fertiliser used if your focus is cropping, horticulture or orcharding) by an emission factor.

Simple tools provide a crude estimate, based on national average data, that doesn't consider individual farm circumstances and actions. However, they're a quick and easy way to get a rough estimate of emissions without needing a lot of data or technical support.

Two examples of simple tools are:

More complex tools are data hungry and might require professional assistance to use. However, they do consider individual farm circumstances and so give a more representative result. 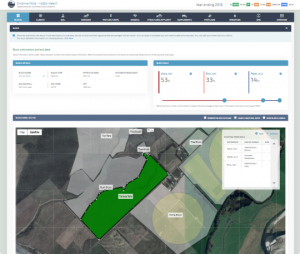 OverseerFM is a tool that estimates on-farm greenhouse gas emissions and their sources.

OverseerFM is an example of a more complex calculator that estimates on-farm greenhouse gas emissions and their sources. This means you can identify greenhouse gas emissions sources in your farm system and test the impact of farm management changes (for example changing how much nitrogen fertiliser is applied or reducing stocking rate) before they're made. You can also see the impact of different farm system scenarios on both greenhouse gas emissions and nutrient losses (N and P) at the same time. OverseerFM also includes a tool to estimate how much carbon could be captured and stored by existing and planned forestry blocks. This is based on MPI's carbon look-up tables for forestry accounting under the New Zealand Emissions Trading Scheme.

Several industry groups and organisations are developing their own calculators or tools. For example, Fonterra is providing all its farmers with a farm-specific greenhouse gas report that includes an emissions profile and helps to identify mitigation options.

Farmax has added a greenhouse gas component to its decision-support tools for pastoral farmers (known as Farmax 8 Red Meat and Farmax 8 Dairy). A report provides information on a farm's greenhouse gas emissions and can be used to make a mitigation plan, putting this information alongside production and financials. Forestry blocks can also be added to the plan, enabling farmers to model the impact of putting marginal land into forestry.

Farmax can also be manually combined with OverseerFM and purpose-built spreadsheets generated to model the impact of different greenhouse gas mitigation options on a farm system and its profitability. This approach often requires input from a specialist farm adviser. To see examples, refer to pages 44-63 of this climate change information booklet prepared for rural professionals.

There are a few things to note about the tools mentioned above:

Finally, it's important to know that greenhouse gas emissions aren't actually measured at farm scale, as the technologies to do this do not exist. Instead, measurements are carried out under experimental conditions and the resulting data are used as proxies to estimate emissions at different scales. For example, methane emissions are estimated by multiplying how much an animal eats by a factor relating emissions to feed eaten. The Government has invested heavily in research in this area over the years to ensure that data are obtained from New Zealand livestock and farming systems. New Zealand is at the forefront internationally in developing these estimation methods.

What data do you need to estimate on-farm emissions?

At a basic level (e.g. for the Lincoln Carbon Calculator), you need to know:

What is a Farm Environment Plan? 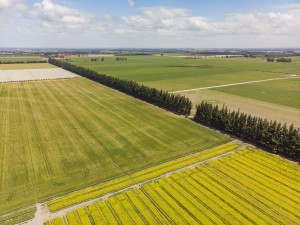 A Farm Environment Plan (FEP) is a way for farmers and growers to identify on-farm environmental risks and develop a programme to manage them. A Farm Environment Plan is unique to a property and, as part of outlining the environmental risks and strategies to mitigate these, it reflects the local climate, topography and soils, the type of farming operation, and the goals and aspirations of the land user. In this way, an FEP is an important means for farmers and growers to manage their farms in an environmentally and financially sustainable way.

There are also Integrated Farm Plans or Whole Farm Plans which, in addition to the environment, consider requirements for animal welfare, biosecurity, employment etc.

Some regional councils currently require farmers to submit an FEP, while others don't. It is probable that most farms will eventually require one.